Why MNCs are quitting India

Eight years after Prime Minister Narendra Modi first urged multinational companies to “Make in India”, Asia’s third-largest economy is seeing many foreign firms give up on the country.

A slew of big names including German retailer Metro AG, Swiss building-materials firm Holcim, US automaker Ford, UK banking major Royal Bank of Scotland, US bikemaker Harley-Davidson and US banking behemoth Citibank have chosen to pull the plug on their operations in India or downsize their presence here in recent years.

That is a worrying trend at a time when India is trying to position itself as an alternative to China, in a post-Covid world where many MNCs are looking to diversify their supply chain.

A total of 2,783 foreign companies with registered offices or subsidiaries in India closed their operations in the country between 2014 and November 2021, Commerce and Industry Minister Piyush Goyal told Parliament late last year. That is not a small figure, given that there are only 12,458 active foreign subsidiaries operating in India.

While the reasons are company-specific in some cases such as restructuring to curb losses, failure to crack the price-sensitive Indian market or a pivot towards green businesses, several have also given up on India due to regulatory flip-flops, high tariff barriers, red tape, perplexing land policies, infrastructure issues and others tied to the ease of doing business.

Minister Goyal’s office did not respond to a request seeking comment.

“Ease of doing business in India has definitely improved over the last five years. However, to bring about this improvement, the government is constantly making regulatory changes which have taken some time to get used to. From incorporation to assessment, the government aims to automate processes. However, we have seen that the implementation of these processes is not up to the mark. While the government is making plans to simplify regulatory processes in India, the constant changes give rise to uncertainties,” Neeraj Agarwala, Partner, Nangia Andersen LLP, told DH.

To make things worse, there are 26,134 imprisonment clauses in India’s business laws, according to an Observer Research Foundation report that highlights the risks faced by entrepreneurs and corporations in doing business in India.

“India suffers from ‘regulatory cholesterol’ that is getting in the way of doing business. The legislations, rules and regulations enacted by the union and state governments have over time created barriers to the smooth flow of ideas, organisation, money, entrepreneurship and through them the creation of jobs, wealth and GDP,” according to Gautam Chikermane, Vice President at ORF, and Rishi Agrawal, co-founder and CEO at Avantis RegTech.

PM Modi's dream of making India an electronics manufacturing hub could face serious obstacles if the country does not work on fixing these issues.

This might also explain why some of the world’s biggest chipmakers have not warmed up to India despite its government rolling out a red carpet for them by approving a $10 billion incentive plan last year to establish chip and display industries in the country.

“All the top guns in the semiconductor majors are Indian, why was there a need for them to leave the country 30 years back, that was because there was a lack of infrastructure, right? So if these biggies see a potential in the next 20 years, only then will they invest,” said Arokiaraj Jesudoss, Senior General Manager, Research & Development, 3M. “Whenever a private company makes investments, it would want profit.”

“Only the top-notch companies will invest – those who have well-established technology or don't want to develop much but want to transfer second-grade technology to India. We should take advantage of it and then catch up with the latest technology. So, once we get that and fulfil the domestic demand, investments will flow in, as and when the giants of the game see potential business in India,” he said. “It is not just about how much incentives the government offers, but also how much profit they can generate in future.”

Companies across the globe find India hard to ignore due to its vast population and huge market potential, but doing business here has not been easy for many.

“India is probably the highest tariff nation in the world,” former US President Donald Trump told reporters in New Delhi two years back, while lamenting the high import tariff that Harley-Davidson had to pay in India.

Regulatory flip-flops have also driven companies out of India.

“India's struggle has been its inability to simplify regulations. Complex framework causes confusion and proves to be tedious for investors. However, simplification leads to exploitation and tax leakage. India needs to find a healthy balance that will be attractive to MNCs,” Agarwala said.

India could certainly do more to attract more MNCs.

“It is not a one-day process. Decrease regulation, don't change rules too often, avoid retrospective taxation. For instance, stability in tariff structure is very important to allow MNCs to integrate India in global value chains. Similarly, many laws vary by state and they need to play a proactive role to attract MNCs,” Professor Tomar said.

Clearly, India has a long way to go on that front.

Last month, Tesla said it had put its plans to sell electric vehicles in India on hold, after failing to convince the government to cut the prohibitive import taxes. The U.S. automaker wanted to test the waters in India by selling its EVs made abroad and sought a lower tariff. But the government wanted it to make its vehicles in India first before granting it what it wanted.

India levies 100% tax on imported cars with a price tag over Rs 30 lakh, while cars cheaper than that are taxed at 60%.

“Cutting duties on EVs even to 25% from the current levels which are as high as 100% wouldn’t pose a threat to domestic players, but would help to drive investment and speed up creation of the ecosystem,” Gurpratap Boparai, the MD of Skoda Auto Volkswagen India told Bloomberg last year, when it backed Tesla’s push for a tax cut on EV imports.

“I don't believe there is a need to give special incentives to any one single company,” Manoj Garg, Investment Director, WhiteOak Capital Management, told DH. “Some of the large global companies have entered China not because the local government has given them special incentives or privileges but because they saw potential for demand.”

When asked if he would consider setting up a factory in India, Tesla CEO Elon Musk tweeted last month that the automaker would not set up a manufacturing plant “in any location where we are not allowed first to sell & service cars”.

Musk will instead look for potential opportunities in Indonesia, known for its business-friendly policy and production of nickel, a critical ingredient in making EV batteries.

Musk is not the only one looking beyond India.

A Parliamentary Standing Committee report of 2021 titled “Attracting investment in post-Covid Economy: Challenges and Opportunities for India” pointed out that foreign companies that shifted their manufacturing bases out of China during the pandemic picked countries such as Vietnam, Taiwan and Thailand, and only a few came to India.

“The policy changes and the incentive schemes brought in by the government to overcome these challenges are welcome measures and are in the right direction. However, success depends on the implementation of the reforms,” the committee pointed out.

Some MNCs also left India because of a change in their own priorities.

For instance, Holcim decided to sell its Indian operations to billionaire Gautam Adani to move away from traditional cement and cater better to the growing demand for energy-efficient buildings, while Citibank left India as it decided to exit retail banking globally, according to Srinath Sridharan, a visiting fellow at ORF.

“It's simply that they have their own global strategy,” Sridharan told DH.

While he is not an advocate for preferential treatment of MNCs, he said two areas the country could work on to attract more MNCs was simplifying regulations further and offering them single-window clearance.

“Do we have it currently? No. Would it be of help? Yes, it would be very pro-business. But at the same time a smart businessman doesn't wait for that, he goes to a law firm,” Sridharan said. 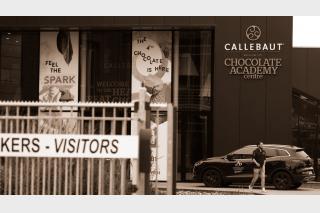 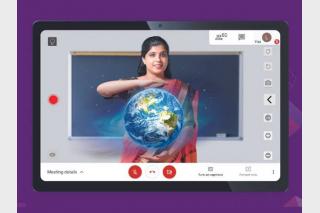 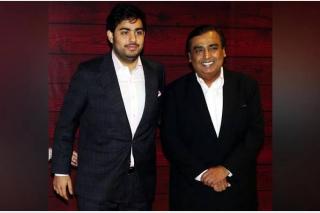 Why MNCs are quitting India