This Kerala farmer grows over 400 varieties of bananas

His farm in rural Parassala in Kerala, India, is nearly 35 km from the city. From the tall Assam Plantain to the short ‘Jahanji,’ Vinod’s farm is home to over 430 varieties of bananas today. International varieties like the lady’s finger banana, red banana and the blue java are also members of the farm. 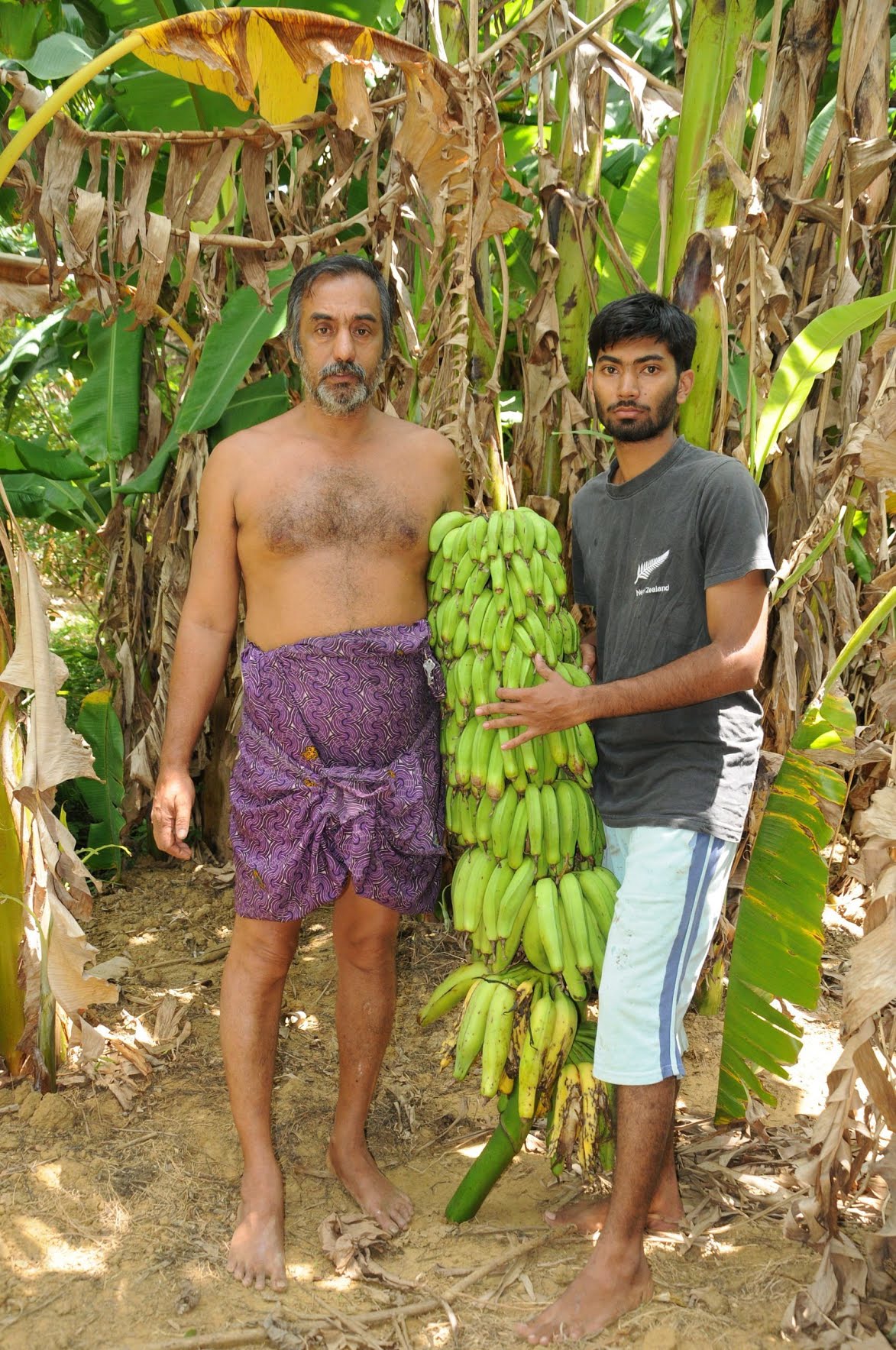 Vinod Sahadevan Nair, 60, from Parassala, Trivandrum, believes he has founded his own banana kingdom!

He might be correct. Actually Vinod has gathered and produced over 430 varieties of fruit from India and throughout the world over the course of 30 years!

As a result, he entered the Limca Book of Records in 2015, and he was also awarded the ICAR-National Research Centre for Banana's Best Farmer Award.

Vinod worked for a while after completing his B.Sc. in Physics and then founded a web design business in Kochi. The company was going well, but when his mother passed away, he decided to shut his shop and return to Parassala to care of his father.

"We acquired 3 acres of barren land that had previously been employed for paddy cultivation. I was just 12 years old when my father started producing bananas on that field, and I started accompanying him. Slowly, I grew to love the work so much that I would go directly to the farm after school every day. Even after I left Parassala for studies, I would come back on weekends and involve myself in the farming work,” explains Vinod.

He chose to dedicate himself full-time to farming this time, gradually extending his father's plantain cultivation.

Vinod, unlike other families, wanted to create a one-of-a-kind farm and began collecting varieties that were not often seen in Kerala.

Despite the fact that several institutes refused to support him, Vinod did not give up and began to research into international banana varieties. He travelled to Malaysia, Africa, Australia, Hawaii, and Honduras, returning with numerous unusual varieties that flourish in coastal climates.

Vinod's farm now has over 430 varieties of bananas, ranging from the tall Assam Plantain to the short 'Jahanji.' The farm also includes international varieties such as lady finger banana, red banana, and blue java.

"The flavor of the plantain varies according to the climatic conditions in each area. The Assam variants have seeds, which are not found in any other variety. Other Indian varieties that I plant are Ottamungli, Karingadali, and Suryakadali. The method in which these varieties are presented varies from place to place.

While some are regarded as fruits, many of the varieties are used as vegetables and even added to meat dishes to enhance their nutritional value,” adds Vinod.

"Every type of banana has a cultural element to it as well. For example, 'Manoranjitham,' a Kanyakumari variety emanates a beautiful fragrance. People used to hang them in their homes on auspicious occasions, marriages, and festivals," Vinod added.

Vinod sells all of his farm harvest in the wholesale market and earns up to Rs.1 lakh every month. Ambaneesh V., his MTech-educated son, has also lately started to work on the farm.

“I’ve already gone on many expeditions with my father to various tribal settlements in search of rare varieties. We swap our varieties with them in order to obtain new saplings. It's an incredible feeling," Ambaneesh adds.

“People in my village, even the little kids, lovingly call me ‘Vazhachettan’ (plantain man). To be honest, I am immensely proud to be known by that name. After all, this is my banana empire!” he concludes. Vinod and his son are now aiming to expand the business even further by producing banana coffee, porridge, and pickles from the produce.

'One in a million': 19-year-old woman gives birth to twins with different biological dads

This Kerala farmer grows over 400 varieties of bananas