A trainee commercial airline pilot died after she was bitten by a mosquito and developed an infection which spread to her brain, an inquest heard.

Oriana Pepper, 21, of Bury St Edmunds in Suffolk, had passed her theory exams on the easyJet programme in Oxford with flying colours and had gone to Belgium for her instrument ratings.

While in Antwerp she was bitten by a mosquito on her forehead, by her right eye, and it appeared swollen and infected, Wednesday's hearing in Ipswich was told.

She attended a hospital's accident and emergency department on July 7, 2021 and was prescribed antibiotics.

Miss Pepper was driven back to the hospital two days later by her boyfriend James Hall after she collapsed.

Suffolk's senior coroner Nigel Parsley, recording a narrative conclusion, said Miss Pepper died 'as a result of a serious infection caused by an insect bite to the forehead'.

Her medical cause of death was recorded as septic emboli in the brain, which are obstructions of blood vessels, with an infection by bacteria called staphylococcus aureus and an insect bite to the forehead also contributing.

Mr Parsley said: 'An infection has entered Oriana's skin following a bite by an insect.

'It's then gone into the carotid artery of the neck and led to septic emboli in her brain.'

Addressing Miss Pepper's parents Tristan and Louisa Pepper, who attended the inquest, the coroner said: 'I've never seen a case like this before.

'It's just one of those things that's just such an unfortunate tragedy for a young lady who clearly had a wonderful career and life ahead of her.'

In a statement read during the inquest, Mr Pepper said his daughter 'loved nothing better than to go flying with her dad and her brother Oliver, also a trainee commercial pilot'.

He said his daughter described flying as 'having an office in the sky amongst the clouds'.

He added: 'She had met someone she loved, she was training to be a commercial pilot and was fulfilling her dreams.'

Miss Pepper's boyfriend James Hall, who met her in Phoenix, Arizona, where she completed her private and commercial pilot licences, said they were 'bitten multiple times without any reaction' after arriving in Antwerp on May 20.

'We were assured by locals it was normal for the area and time of year,' he said.

But subsequently Miss Pepper had a reaction to a bite, and attended A&E on July 7 after her swelling 'significantly worsened', Mr Hall said.

He said they were 'advised she had an infection, likely due to the mosquito bite' and she was prescribed oral antibiotics.

On July 9 she collapsed, 'was delirious and had difficulty talking' so Mr Hall drove her back to A&E.

Miss Pepper, who had a twin brother Oscar and older brother Oliver, died with her parents by her bedside.

Her mother said after the inquest that in memory of Miss Pepper, they had 'set up a small scholarship to encourage other women pilots' to enter the profession, working with the British Women Pilots' Association.

'That's a positive thing from her life,' she said. 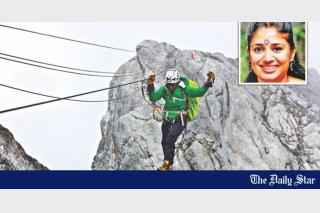 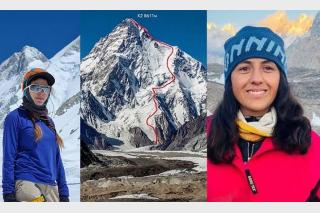 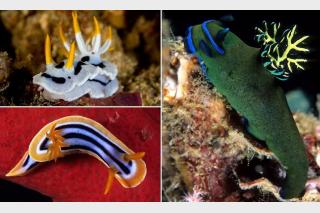