In ‘Avni’, Nawab Shafath Ali Khan, the man who led the operation to kill T1, reveals the true story behind the biggest man-eating tiger operation in independent India.

After giving a lengthy and elaborate explanation of the DNA analysis, direct sightings, pug marks, camera trap images and repeated failures in trapping T1 (Avni), the order clearly said tranquillizing was not a viable option any more. The shoot order also quoted the 2007 NTCA guidelines on dealing with confirmed man-eating tigers:

An order was issued for the capture of T1’s cubs as well.

Everyone had reached the end of their tether. The forest minister then took the unprecedented step of shifting the forest headquarters from Nagpur to the affected area and directed Chief Wildlife Warden A.K. Misra and his deputy, Sunil Limaye, to move to Pandharkawada. They were instructed to physically supervise and monitor the operation against the man-eater to the finish.

But once again, the activists managed to obtain a copy of the kill order and moved the court to withdraw the shoot order. Two days later, however, on 6 September, the Bombay High Court (Nagpur Bench) dismissed their petition, paving the way for T1 to be eliminated should tranquillization not prove successful.

The activists then took their battle to the highest court in the land. The petitioner, having overlooked his earlier statement under oath before the Nagpur Bench that his income was `1 lakh a year, appointed a battery of the most expensive lawyers in the country. The matter was expeditiously pushed through within a week before the Supreme Court.

On the ground, however, there was no headway towards a viable resolution to the mounting threat to the people of Yavatmal.

Meanwhile, on 10 September, the desperate CCF invited us once more to join the operation. The following day, the Supreme Court too dismissed the activists’ petition and ratified the order of Bombay High Court, underlining the fact that ‘there shall be no more human kills’.

Down but not out, the activists came out on the streets, holding candles and placards, mobilizing public support to ‘Save Avni’. They began appealing to the President of India by way of a mercy petition, which was unprecedented in the annals of the country’s history, and that too for a man-eating tigress! The activists joined forces to keep the courts in session. Though the leading court in the country had given its final verdict, another

PIL was filed before the division bench of the Bombay High Court (Nagpur Bench), defying the orders of the Supreme Court, on the grounds that the villagers had barged into core forests, resulting in casualties, and T1 was nowhere in the area. They argued T1 was wrongfully declared a man-eater without sufficient evidence, as scat analysis had not been conducted to prove its imprint on human remains. Similarly, the activists left no stone unturned to mislead the courts and said the dead bodies could have been consumed by wild dogs, jackals or vultures and that any kills by T1 would have been chance encounters. Finally, I was dragged into the PIL as well and was accused of opting for killing the tigress over tranquillizing it.

In my opinion, such misrepresentations before a high court could prove to be as threatening as T1 itself, as the fate of the local populace depended on the outcome of the case, not to mention the delays such frivolous cases cost the operation. Four innocent lives had been lost due to the withholding of the kill order eight months earlier. Who was responsible for their deaths? In my opinion, these were outright murders of the poor and voiceless whose lives were sacrificed and families ruined based on false assertions by vested interests before the court. Such ploys can have drastic outcomes and will prove detrimental not only to wildlife but also to local communities as they can trigger large-scale revenge killings as well. Don’t these activists understand that a conflict involving human killings cannot go on forever? And at what cost? Definitely not at the cost of losing our precious wildlife.

Thankfully, the high court held most practically that ‘in a forest the situation may develop suddenly and may require quick response or decision. The situations, therefore, cannot be visualized from here’. On 22 October, the court dismissed the petitions saying ‘the fact that the tigress has become a man-eater cannot now be refuted. We, therefore, find no case made out warranting intervention, at least, at this stage. We, therefore, dismiss the Public Interest Litigation. No costs’.

Also Read: When tigress Collarwali was cremated, a part of India’s natural library burned with her

But still, the activists weren’t deterred. They now began to attack my previous work and the conservation organization I had founded, despite official approvals from several state forest departments within India and from abroad. As the various officials who I have worked with will admit, I have carried out all my assigned operations strictly in accordance with the law. I am similarly familiar with international methods of scientific wildlife management and the laws of our land. Therefore, even as a wave of adverse social media reactions was created against me, up to the extent of showing me as a bloodthirsty hunter ready to kill wild animals without a second thought, I didn’t let it bother me or my motivations to ease the human-animal conflict that had gone on for far too long in Yavatmal.

Paying no heed to such false allegations, my team and I spent the night of 11 September doing our rounds of the troubled area. T1 had been photographed near a temple, and we tied a buffalo leg nearby as bait, an experiment I had previously tried successfully in baiting man-eating lions in Tanzania, but T1 did not appear.

Our patrol continued across all forest compartments in the area for the next two days. But there were no sightings. Once again, it seemed as if T1 knew when to stay away from humans. 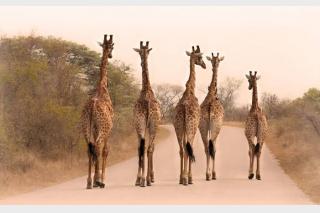 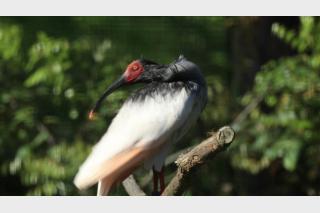 Modern phoenix: The bird brought back from extinction in Japan 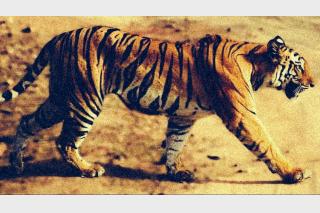