Saving electricity equals saving natural gas because a large chunk of power in Europe is generated by burning gas imported from Russia.

Negative oil prices were one of the craziest moments ever in the energy market. At one point in April 2020, a seller paid a buyer $40 for a barrel of West Texas Intermediate. We're going to need another crazy moment if Europe is going to make it through the winter. How about this: Pay consumers not to consume electricity.

A year on into the energy crisis, policy makers have only tried supply measures in their attempt to address the problem. Their own words highlight the approach: "supply" and "production" got 28 mentions in last week's communique of the Group of Seven summit; "demand" and "consumption" just five.

This is about to change: The best energy is that which we don't consume. In Europe, officials are now working on a plan to fight the crisis, likely to be published in a couple of weeks, that's going to focus on consumption measures. I expect to see a big emphasis on so-called "demand response."

That involves consumers, mostly large companies, reducing or shifting their energy usage during peak periods in response to time-based rates or other financial incentives. The typical demand response measure is cheaper energy prices during low-demand periods - say, at night or weekends. But what I hear out of Brussels is an extreme form: Paying some companies to slow down their plants significantly, or even halt them, so they don't consume electricity, and therefore help to keep the lights on for everyone else.

Saving electricity equals saving natural gas because a large chunk of power in Europe is generated by burning gas imported from Russia.

The UK is also exploring the idea. National Grid Plc is asking companies how many megawatts of power demand they would be able to cut next winter - and how big a payment they would ask for. It floated a price range for potential payments, ranging from £100 ($122) to £6,000 a megawatt hour. Current day-ahead power prices in the UK hover around £200 per mega-watt hour. Germany is mulling a similar system, based on an auction: The government may allow companies to bid negative prices for megawatt hour saved.

Paying companies not to consume electricity is easier than doing so with families. First, industrial plants have sophisticated metering systems that allow time-based tariffs. Second, companies can more easily switch off consumption completely. Households can benefit from demand response policies via smart digital meters, which allow for the introduction of time-based tariffs.

European policy makers can still implement negative prices for electricity for families via a different route: a kind of cash-for-clunkers program for appliances, modeled on the original 2009 American version for cars. The US program saw 677,000 old cars scrapped, shifting consumer demand to more fuel-efficient vehicles. Next to heating, appliances are at the center of energy demand in most households: washing machines, ovens, dry tumblers, fridges and freezers. Improving their efficiency can save a lot of megawatt hours of power. European governments should use tax breaks - reduced VAT - or even direct subsidies to encourage families to scrap their energy-intensive appliances for less power-hungry ones.

In southern Europe, the scheme should involve air conditioning units, a huge source of power demand nowadays in Spain, Portugal, France and Italy. The Greek government is already offering a subsidy of between 30% and 50% of the cost of some new, energy saving appliances. Others should follow.

Ironically, Europe could copy-and-paste some policies from an unlikely champion of energy efficiency: Saudi Arabia. The kingdom has run a program to replace old, inefficient air conditioning units with newer, energy-saving ones for several years already, offering subsidies to families.

A cash-for-clunkers program for air conditioning and other household appliances will not only reduce energy demand, but also support the retail industry and some European manufacturers. It won't be cheap. But neither are blackouts. And it achieves many policy objectives at a time many families are tightening their belts and the economy is slowing down.

With most of the attention focused on oil and natural gas, people overlook the fact that European electricity markets are already blowing up - and showing the dangers ahead for this winter. French electricity prices for December have surged to nearly 1,000 euros ($1,046) per megawatt hour, up from 50 euros two years ago. The benchmark German one-year forward is up to 300 euros per megawatt hour - excluding two days in December 2021, when prices spiked only to fall back again. That's a record high.

Demand response measures like negative prices and incentives for industrial slowdowns can help right now. Reducing electricity consumption is key to cutting gas consumption - and dependence on Russia. On Friday morning, the UK was generating nearly 65% of its electricity on gas-fired power stations. That's gas better saved for the winter, when we'll need it to heat our homes.

Disclaimer: These are the personal opinions of the author. 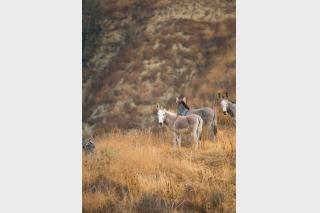 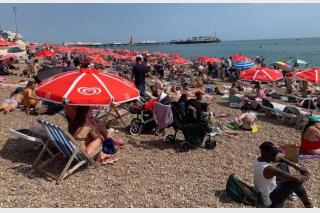 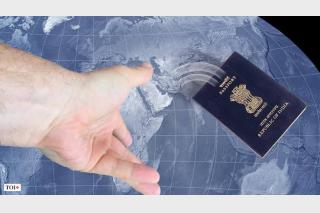