According to abc.net.au, the authority director of Galapagos National Park, Danny Rueda said, "187 years later, we are once again seeing a healthy population of land iguanas." 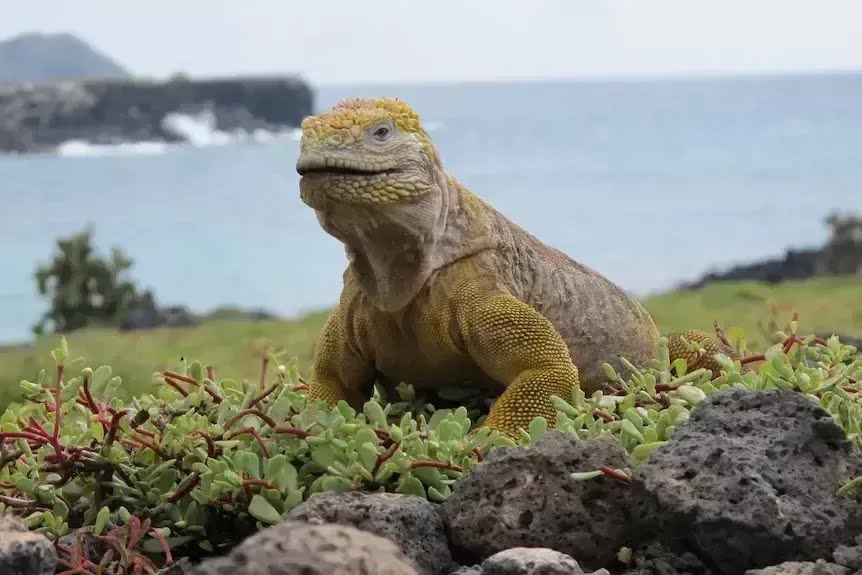 A species of land iguanas that disappeared more than a century ago from one of the Galapagos Islands, have made a comeback after they were first recorded by Charles Darwin.

As per reports, the iguanas were reintroduced at Santiago Island in 2019 to restore the natural ecosystem there.

A province of Ecuador, the islands had a sufficient presence of iguanas in the early 20th century but they disappeared later.

The iguanas have been listed as vulnerable species in the International Union for Conservation of Nature's (IUCN) Red List of Threatened Species.

The Galapagos Islands are a Natural World Heritage site located about 1,000 kilometers off the coast of Ecuador. They are home to distinctive flora and fauna.

The disappearance of the Conolophus Subcristatus species of iguanas was reported by the California Academy of Sciences, after an expedition from 1903 to 1906.

In an effort to revive them, the Galapagos National Park authorities reintroduced more than 3,000 iguanas from a nearby island in 2019. Santiago is located in the middle of the archipelago.

According to abc.net.au, the authority director of Galapagos National Park, Danny Rueda said, "187 years later, we are once again seeing a healthy population of land iguanas."

"We found males, females, youths, and newborns. This means the iguanas in Santiago Island are reproducing in a successful way and they are carrying out their corresponding ecological role," he added.

"It's a great conservation achievement and strengthens our hopes of restoration on the islands that have been severely affected by introduced species."

"The return of the species to the island means these animals once again play their role in the ecosystem by creating paths, removing soil, dispersing seeds, and even providing food for animals such as Sparrowhawks," Rueda further said.

What are ‘Rossby waves’, which may be causing Pakistan’s floods and Europe’s record drought?