The researchers warned that around 47% of these virulence factors have never been seen before, and so there is no way of knowing how harmful the bacteria could be.

Stunned scientists have uncovered more than 900 never-before-seen species of microbes living inside glaciers on the Tibetan Plateau. Analysis of the microbes' genomes revealed that some have the potential to spawn new pandemics, if rapid melting caused by climate change releases them from their icy prisons.

In a new study, researchers from the Chinese Academy of Sciences took ice samples from 21 glaciers on the Tibetan Plateau — a high-altitude region in Asia wedged between the Himalayan mountain range to the south and the Taklamakan Desert to the north. The team then sequenced the DNA of the microscopic organisms locked inside the ice, creating a massive database of microbe genomes that they named the Tibetan Glacier Genome and Gene (TG2G) catalog. It is the first time that a microbial community hidden within a glacier has been genetically sequenced.

The team found 968 microbial species frozen within the ice — mostly bacteria but also algae, archaea and fungi, the researchers reported June 27 in the journal Nature Biotechnology. But perhaps more surprisingly, around 98% of those species were completely new to science. This level of microbial diversity was unexpected because of the challenges associated with living inside glaciers, the researchers said. "Despite extreme environmental conditions, such as low temperatures, high levels of solar radiation, periodic freeze-thaw cycles and nutrient limitation, the surfaces of glaciers support a diverse array of life," the study authors wrote.

The researchers aren't sure exactly how old some of these microbes are; prior studies have shown that it is possible to revive microbes that have been trapped in ice for up to 10,000 years, according to the study.

Related: Discovery of 'hidden world' under Antarctic ice has scientists 'jumping for joy'

This is not the first time that scientists have found a surprising abundance of microbes living in Tibetan glaciers. In January 2020, a team that analyzed ice cores from a single glacier uncovered 33 different groups of viruses living within the ice, 28 of which had never been seen before.

The surprising microbial diversity within glaciers, coupled with an increase in melting glacial ice due to climate change, boosts the chances that potentially dangerous microbes — most likely bacteria — will escape and wreak havoc, researchers said. "Ice-entrapped pathogenic microbes could lead to local epidemics and even pandemics" if they are released into the environment, the authors wrote.

Evidence suggests that some of the newfound bacteria could be very dangerous to humans and other organisms. The team identified 27,000 potential virulence factors — molecules that help bacteria invade and colonize potential hosts — within the TG2G catalog. The researchers warned that around 47% of these virulence factors have never been seen before, and so there is no way of knowing how harmful the bacteria could be.

Even if these potentially pathogenic bacteria do not survive for long after escaping their glaciers, they can still cause problems, the researchers said. Bacteria have the unique ability to exchange large sections of their DNA, known as mobile genetic elements (MGEs), with other bacteria. So even if the glacial bacteria die shortly after being thawed out, they can still pass on some of their virulence to other bacteria they encounter. This genetic interaction between glacier microbes and modern microorganisms "could be particularly dangerous," the scientists wrote.

The Tibetan Plateau glaciers could be a hot spot for unleashing future pandemics because they feed fresh water into a number of waterways, including the Yangtze River, the Yellow River and the Ganges River, which supply two of the most populated countries in the world: China and India. Pandemics spread quickly through highly populated areas, as the world witnessed during the COVID-19 pandemic.

But this potential problem won't just affect Asia. There are more than 20,000 glaciers on Earth covering around 10% of the planet's land mass, and each glacier is likely to have its own unique microbial communities. In April 2021, a study using satellite images of glaciers found that nearly every glacier on Earth showed an accelerated rate of ice loss between 2000 and 2019, which increases the risk that pandemic-spawning microbes could escape anywhere on the planet. The researchers warned that the "potential health risks [of these microbes] need to be evaluated" before they are released from their icy prisons.

However, there is a silver lining to this new study. Genetic records of microbial communities, such as the TG2G catalog, could be used as "toolkits" for bioprospecting — exploring natural systems to find valuable new compounds that can be used in medicine, cosmetics and other beneficial technologies. That makes databases like TG2G very important, especially if the newly discovered species go extinct in the future; an outcome that is all too likely if they cannot adapt to the changes in their frozen habitat, the researchers wrote. 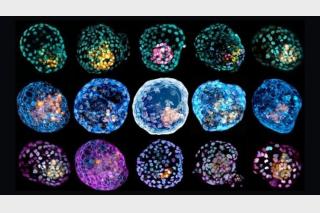 Coronavirus Vs. Seasonal Flu: Symptoms That Can Differentiate Between The Two Infections 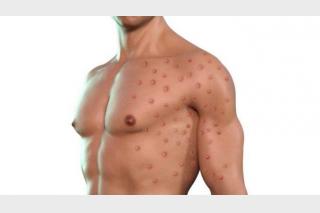 Limit Sexual Partners: WHO Advises Men At Risk Of Monkeypox