This day in history

What Happened Today in History

301 San Marino, one of the smallest nations in the world and the world's oldest republic still in existence, founded by Saint Marinus

1900 With a proclamation by General Lord Roberts, Britain annexes the Boer Republic of South Africa

1988 Estimated by this date 50,000 Kurdish civilians and soldiers killed by Iraq, many using chemical weapons, in aftermath of Iran-Iraq War

Do you know this fact about today?Did You Know?

Flag of the United States flown in battle for the 1st time at Cooch's Bridge, Delaware, a skirmish during American Revolutionary War

Britain and the British Empire (including the American colonies) adopt the Gregorian Calendar, losing 11 days. People riot thinking the government stole 11 days of their lives 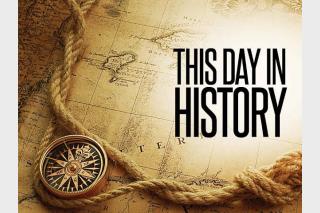