The ICC T20 World Cup has been an unexpected ride so far. Several associated countries like Oman, Papua New Guinea, and Scotland have taken the fight to the more experienced nations and as a result, have managed to entertain millions of fans around the world.

The tournament, originally slated to be held in India, is now being hosted in the United Arab Emirates because of the COVID-19 situation in India. The Super 12 stage of the competition begins on October 24 and India will begin its campaign against Pakistan on the same day.

Several Indian origin players are representing other countries in the T20 World Cup. Let's discuss a few of them below:

Born in Bathlana, Punjab, Simranjeet 'Simi' Singh plays his cricket for Ireland. He was awarded a central cricket contract by Cricket Ireland in 2018, having made his ODI and T20I debut in 2017 and 2018 respectively. On 16 July 2021, Simi Singh became the first cricketer to score an ODI century batting at number 8 or lower. He is included in Ireland's squad for the T20 World Cup. Simi Singh picked up a wicket in the warm-up game against Bangladesh which they ended up winning by 33 runs.

Born in Ludhiana, Punjab, Inderbir Singh 'Ish' Sodhi moved to New Zealand along with his family when he was just four years old. Sodhi made his Test debut for the Black Caps in 2013, his T20I debut in 2014 and his ODI debut in 2015. The 28-year-old leg spinner has collected 203 wickets in 184 T20 matches. His average economy rate reads 7.85.

Although Keshav Maharaj was born in Durban in South Africa, he is of Indian origin. Keshav's father Athmanand Maharaj was also a wicket-keeper but he was unfortunate to have never played at the highest level because of the apartheid policies in South Africa and the resulting international sporting boycott.

Although he has been involved in the South African international setup since making his Test debut in 2016, Keshav played his first T20I on September 10 2021 against Sri Lanka. In T20 cricket, he has picked up 86 wickets in 107 matches and is also a handy batter.

The last time Ravi Rampaul represented West Indies at the international level was six years ago. He was 32 back then. However, the pace bowler has earned his way back into the side as West Indies count on his experience in their bid to defend their title as World T20 champions.

Ravi Rampaul's ancestors left India and relocated to the Caribbean in search of better employment opportunities. Rampaul was born in Trinidad and Tobago and has picked up more than 190 international wickets. He is the first pace bowler of Indian descent to represent West Indies and he also played an important role in West Indies' 2012 T20 World Cup win!

Born in Hyderabad, Sandeep Goud now represents Oman in international cricket. He has scored 93 runs and has picked up two wickets in 17 T20 matches. Sandeep is one of four cricketers of Indian origin in the Oman national squad for the T20 World Cup.

Although his parents are of Nepalese descent, Suraj Kumar was born in Jalandhar in Punjab in 1988. He made his international debut for Oman in 2019 and is part of their T20 World Cup squad. He has amassed 105 runs in 16 T20I matches so far in his career.

Jatinder Singh has become a star in the Oman side after his blistering knock of 73 runs off 42 deliveries against Papua New Guinea in the Group B match of the T20 World Cup. He followed that up with a splendid innings of 40 off 33 against Bangladesh.

Singh was born in Ludhiana and while he was visiting his extended family earlier this year in India, he ended up being stuck here because of the second wave of Coronavirus. Jatinder's father immigrated to Oman in 1975 but he moved to the country in 2003. He idolizes Virender Sehwag and Sachin Tendulkar, has shades of Virat Kohli in his batting, and celebrates like Shikhar Dhawan after reaching milestones!

Ayaan Khan was born in Bhopal and he even made his T20 debut for Madhya Pradesh in the 2015-16 Syed Mushtaq Ali Trophy tournament in India. Khan made his ODI and T20I debut for Oman this year and he has played just two T20Is so far. Khan is still searching for his first double-digit knock in international cricket. 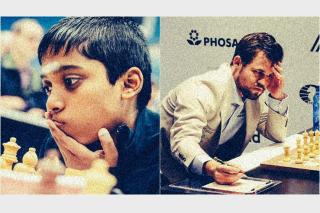 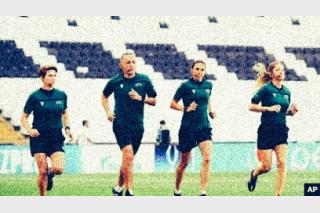 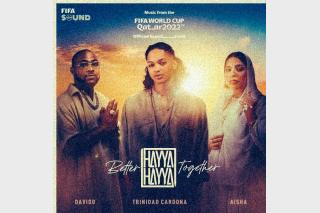