The charity Oxfam has said its work in India will be "severely affected" after it lost its licence to receive funds from abroad.

The restriction came into effect from 1 January, Oxfam said.

It added that it would contact India's home ministry to "urge" it to lift the restrictions.

The news comes a week after India blocked foreign funding for the The Missionaries of Charity, founded by Mother Teresa.

The home ministry had cited "adverse inputs" as the reason for revoking the licence last week.

But it's still unclear what led to Oxfam India losing its foreign-funding licence.

Registration under the Foreign Contribution Regulation Act (FCRA) is mandatory for charities, NGOs and any non-profit organisations receiving foreign funding in India.

The licence granted to nearly 6,000 such organisations lapsed on 1 January, The Hindu newspaper reported. It quoted an unnamed official who said the government had cancelled the renewal for 179 organisations over alleged violations, while the remaining - around 5,700 - did not apply for a renewal before the deadline, 31 December.

Oxfam said in its statement that the "government's decision to refuse renewal" of its licence would hurt its "ongoing humanitarian and social work in 16 states across the country". India's government has not commented on the matter.

Prime Minister Narendra Modi's government has sought to squeeze foreign funding for charities and non-profit organisations based in India since coming to power in 2014.

In 2020, it amended the FCRA - changes included a ban on non-profit organisations transferring money to other groups and a ceiling on administrative costs - saying it was necessary to strengthen accountability and transparency.

But several representatives from NGOs have accused the government of targeting its critics.

In 2020, Amnesty International halted operations in the country after accusing the government of pursuing a "witch-hunt" against human rights organisations.

It said its bank accounts were frozen and it had been forced to lay off staff in India.

In May 2021, BBC Newsnight reported that the changes to the FCRA were preventing non-profit organisations from supplying aid to people who desperately needed it during the deadly second wave of the coronavirus pandemic.

The legislation caused unnecessary delays to Covid relief aid due to additional form-filling and complex rules around distributing funds, office-bearers from these organisations told Newsnight.

"Even if you're working on Covid, the law makes it very difficult for you to be able to even accept foreign aid coming in without being in violation of the law," Aakar Patel, former head of Amnesty International India, had said at the time.

Oxfam said in a statement that it first entered India in 1951 to provide famine relief in Bihar state, though it was registered as an independent organisation only in 2008.

It said it worked closely with health departments, district administrations and local workers during the pandemic to "provide life-saving equipment and support".

"The Ministry of Home Affairs' decision to deny renewal of FCRA registration will severely hamper these collaborations which were providing relief to those who needed it the most during times of crisis," Amitabh Behar, CEO of Oxfam India.

Oxfam, one of the UK's biggest charities, employs thousands of people across more than 90 countries through its affiliate organisations. 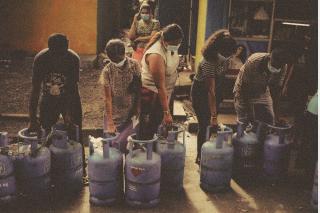 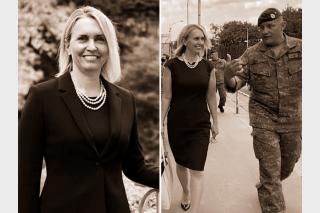 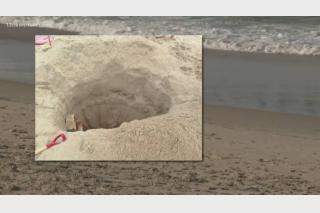