'No party at all': World Cup fans can face up to 7 years in Jail if caught having one-night stands in Qatar

Fans heading to Qatar for the upcoming FIFA World Cup 2022 will have to be mindful of strict laws in the country which prohibit sex outside of marriage. One-night stands can lead to severe punishments during the World Cup.

The upcoming FIFA World Cup 2022 has been marred with controversies even before the start of the showpiece event in Qatar. The host nation has been slammed by many over allegations of mistreatment of construction workers and their systematic abuse. Qatar also is one of the few countries in the world with homophobic laws and some other stringent rules that can prove to be troublesome for fans from across the globe who plan to travel to the country for the FIFA World Cup this year.

Fans can face up to seven years in jail if they are caught having one-night stands in Qatar during the FIFA World Cup 2022. The host nation has a strict law in place which bans having sex outside marriage in the country. While the Qatari citizens are already accustomed to the laws and regulations, those travelling to the country to watch the World Cup will have to ensure they are familiar with the laws of the land.

As per the law, no person can have sex outside of marriage in Qatar and those found guilty can face up to a year in jail, as per reports. However, according to the non-profit Human Dignity Trust, those guilty can also face up to seven years in jail if caught violating the law in the nation.

A police insider from Qatar opened up on the strict laws in the country which are also in place for the FIFA World Cup 2022 and asserted that the fans should prepare to face some tough times ahead. The officer said sex is essentially banned unless you are married to your partner and that there will not be any drink or party culture after the matches.

“S*x is very much off the menu, unless you are coming as a husband and wife team. There definitely will be no one-night stand at this tournament. There will be no partying at all really. Everyone needs to keep their heads about them, unless they want to risk being stuck in prison. There is essentially a s*x ban in place at this year’s World Cup for the first time ever. Fans need to be prepared," the police insider told Daily Star.

“The drink and party culture after games, which is the norm in most places, is strictly prohibited, with very strict and scary consequences if you are caught. There is a feeling that this could be a very bad tournament indeed for fans," he added.

Apart from sex outside of marriage, homosexuality is also banned in Qatar under the Penal Code 2004, a law for which the country has faced intense criticism from across the globe. However, those found guilty of having sex with the same gender can face up to a year in jail in Qatar.

The FIFA World Cup 2022 is all set to get underway from November 22 and will have 32 teams battling it out for the coveted trophy across 27 days. The tournament will conclude on December 18, just a week before Christmas. The showpiece event can prove to be the last World Cup for the likes of Cristiano Ronaldo, Lionel Messi, Robert Lewandowski and Luis Suarez among others. 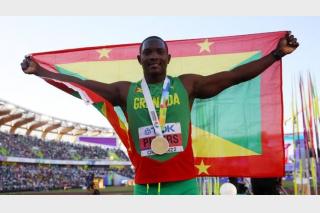 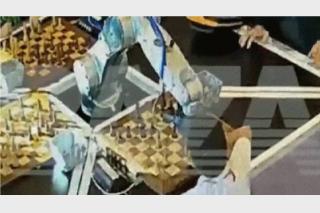 'No party at all': World Cup fans can face up to 7 years in Jail if caught having one-night stands in Qatar