The so-called documented dreamers, who are estimated to be about 250,000, grew up legally in the US but risk deportation when they turn 21.

For the first time, White House officials met a representative group of documented 'dreamers', mostly Indian-Americans, giving a patient hearing to their concerns regarding aging out and indicating that there may be positive moves so that they don't have to leave the country where they have spent almost their entire live.

The so-called documented dreamers, who are estimated to be about 250,000, grew up legally in the US but risk deportation when they turn 21.

"We look forward to seeing positive policy change, both administrative and legislative, to end aging out," said Improve the Dream, a youth-led grassroots organization that is fighting for the cause of the documented dreamers.

Though these children have been coming to Washington DC for the past few years, this is for the first time that senior White House officials have met them.

"I really appreciated meeting the White House officials who took time out of their day to come and listen to our stories and were willing to help us. I enjoyed meeting them and would like to thank them for all they have done to help us. As the first group in our situation to meet White House officials at the White house, it was a surreal experience and one that I will not forget," said Sri Harini Kundu.

Mr Harini came to America when he was seven years old and since then has lived in three US states of Texas, New Jersey and currently in North Carolina.

He will turn 23 in September this year. "I am currently in a F1 student visa status and will have to self-deport once I finish my education. I am about to graduate in Fall 2022 with a bachelors in psychology from the University of North."

Eti and her twin sister Eva, who are now 25, were brought to the US at age seven when their father started his PhD. When they were in middle school, their father's employer sponsored their father and dependents for a green card. After aging out of their parents' visa and green card application, Eva and Eti hopped from temporary visa to temporary visa.

Eti told PTI, "For years, I felt like I was forgotten by the government. Because I was able to share my experiences of being a documented dreamer who aged out and having my family separated, I finally felt like I was being heard. The Biden administration seems to be very empathetic to the hardships that thousands of us face every year. I feel more confident that some of the injustices will be resolved soon."

Eva was lucky enough to find an employer to sponsor her for a work visa and is about to enter the back of the 150-year-long green-card line, while Eti is on an international student visa to complete her PhD and is currently in no line.

Chandana Karumanchi said after years of feeling like she was alone and that her situation was out of control, the act of speaking to these government officials about her experience was truly an unforgettable moment.

"The senior officials acknowledging our issues as real and in need of immediate response concerted the idea that documented dreamers have a place in American society. It really allowed me to feel like I belong here. By giving us an opportunity to actively participate in our democracy, the senior White House officials have also let me to feel like I and everyone else that is apart of Improve the Dream could make a difference in our situation," she said.

These children also attended a news conference hosted by influential lawmakers at the US Congress.

"Attending the press conference yesterday and having a chance to speak my testimony with Representative Ross allowed for me to represent and fight for a change, not only for myself but for all 200,000 documented dreamers who struggle to pursue their dreams and careers with a constant fear and ticking clock of self deportation. It was an honour to be heard and now we have to put our words into action, said Fedora Castelino, who is 18 years old.

"I came to the US with my parents when I was seven years old, and have had a lifelong dream to serve in our nation's Armed Forces. Throughout high school, I pursued engineering with the hopes of one day joining an ROTC programme in college and having a future in the US Army Corps of Engineers. This, however, was not possible due to my limitations on an H-4 visa," he said.

Dip Patel, founder of Improve the Dream, said, "For the first time, over 20 young immigrants from Improve The Dream visited the White House this week and met with senior immigration administrators to discuss the issue of aging out and the green card backlog for affected youth."

"This week, they were not only able to tell their stories to the Executive office, but also to their legislators as well the Congresspersons that represent them. Through their advocacy, they have spread across the Capitol Chambers meeting with senators and representatives from Indiana, Florida, Iowa, and more," he said.

Over 250,000 children and young adults are living in the United States as dependents of long-term nonimmigrant visa holders (including H-1B, L-1, E-1, and E-2 workers). These individuals grow up in the United States, attend American schools, and graduate from American universities. Since they have maintained legal status, documented dreamers are not eligible for protection under Deferred Action for Childhood Arrivals (DACA) or the work authorization that comes with it.

Last July, several lawmakers introduced the bipartisan America's Children Act in the House and the Senate. If passed, the bill would permanently end aging out and provide a pathway to permanent residency for these young people. 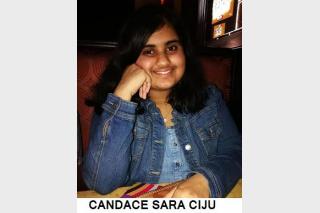 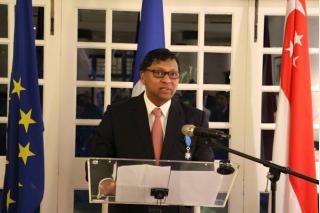 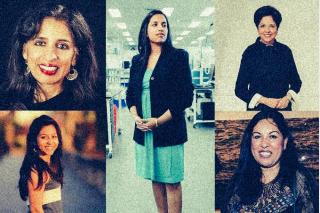