McLaren is one of the major Formula 1 teams and the 2nd most successful F1 team of all time, behind Ferrari.

In 1998 and 1999, Mika Hakinnen took two consecutive championships. Before that, it was the late Ayrton Senna, Alain Prost, and the late Niki Lauda who dominated the sport with McLaren.

One avid McLaren fan managed to procure all 22 digital components to build a 3D 35M F1 McLaren collectible. The McLaren Racing Collective platform is built on the Tezos (XTZ) blockchain.

McLaren and Sweet Unite for the 2022 NFT Drop

This week, the McLaren Racing Collective dropped a new NFT. McLaren fans can now procure new digital components to build a McLaren F1 car. Unlike the last NFT drop, however, fans can trade parts on a user-to-user NFT marketplace.

McLaren is using the Sweet NFT marketplace to allow users to trade digital car components. Previously, users needed to have an understanding of how to open an account, fund, and transact within the NFT marketplace. On the Sweet marketplace, users are guided through the entire process.

Fans are able to trade with other collectors and auction unwanted parts or even sell completed digital 35M F1 cars. Sweet worked with McLaren to come up with the user-to-user NFT marketplace to support the latest NFT drop.

One key advantage of the NFT drop on Sweet is that the market decides the value of each individual digital component. As with traditional auction sites, users can also set minimum bids and set a time limit for bids.

All in all, for the less savvy NFT buyer and seller, Sweet levels the playing field, delivering McLaren F1 to fans around the world.

While McLaren may not have won a Divers’ championship in some time, the team is etched in F1 history. It will be the team’s history that will make the latest NFT drop another success for F1 and for sport. 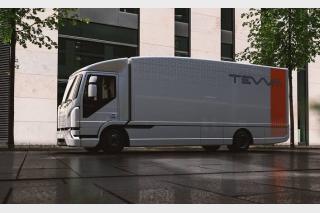 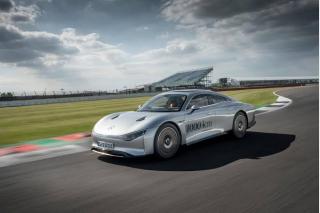 Sony's next tech push is helping Honda take on Tesla