Explainer: How auroras light up the sky

Some of the most awesome sights in the night sky are the auroras, or northern and southern lights. These dazzling light shows appear as rippling curtains, bright arcs and diffuse glows. Most glimmer green, but some shine red, blue or purple. Such breathtaking displays are considered one of the natural wonders of the world. But few people ever see them. Why? Auroras largely appear in the skies of Earth’s remote polar regions.

Understanding light and other forms of energy on the move

Those collisions excite the oxygen and nitrogen. That is, they give the atoms a little extra energy. But excited atoms are not stable. They quickly relax into a non-excited — or ground — state. In the process, the atoms release energy in the form of light particles, or photons. These photons make up the auroras.

These lights dance across the sky above Earth’s poles in two oval-shaped zones. The northern lights, or aurora borealis, are most reliably visible to sky watchers in Alaska and Canada. The aurora borealis also shimmers above Greenland, Iceland and Norway. The southern lights, or aurora australis, can be seen over Tasmania, New Zealand and Antarctica.

A variety of lights

Auroras paint the sky hundreds of kilometers above the ground in a layer of the atmosphere called the thermosphere. An aurora’s color depends on the energy of the incoming charged particles. Low-energy particles can’t dive very deep into the atmosphere. They excite oxygen atoms at high altitudes — above about 240 kilometers (150 miles). Those oxygen atoms glow red.

Explainer: Our atmosphere — layer by layer

More energetic particles slam into oxygen at lower altitudes. These collisions happen around 100 kilometers (60 miles) to 240 kilometers above Earth. Due to the incoming particles’ higher energy, they cause oxygen atoms to emit higher frequency light. It appears green.

The most energetic particles plunge below 100 kilometers. At such low altitudes, nitrogen atoms outnumber oxygen. Cascading particles cause the nitrogen to give off blue or purple light. That light will have an even higher wavelength than oxygen’s green glow.

A rarer aurora is known as the dunes. This type appears as a series of green bands parallel to the ground. Scientists think the green streaks come from ripples of gas in the atmosphere, which create a row of bands where oxygen is especially dense. Those bands glow bright green when incoming particles excite the tightly packed oxygen.

Pulsating auroras, meanwhile, are glowing swaths of light. These patches of sky can span hundreds of miles. They repeatedly brighten and dim. This aurora is caused by undulations in Earth’s magnetic field called chorus waves. The waves periodically dump bunches of electrons into the atmosphere. That creates rhythmic flashes of light.

Not all colorful lights in the night sky are auroras. Other sky glows include a ribbon of light called STEVE. That’s short for Strong Thermal Emission Velocity Enhancement. STEVE shimmers closer to the equator than auroras do. Its main feature is a purple smear that stretches east to west. Unlike auroras, that light is not produced by particles arriving from space. Instead, a river of plasma rushing through the atmosphere heats surrounding particles through friction. The hot, glowing particles drape the sky in purple.

Auroras aren’t unique to Earth. These stunning phenomena can also develop on other planets with atmospheres and magnetic fields. Saturn and Jupiter’s auroras are so powerful that they heat up the gas giants’ atmospheres. This may explain why the planets are so warm, despite being so far from the sun.

Jupiter’s moons Europa and Ganymede also sport auroras. Even Comet 67P/Churyumov-Gerasimenko has one. This space rock was visited by the European Space Agency’s Rosetta spacecraft. Comet 67P’s aurora forms when solar wind strikes molecules in the comet’s shroud of gas.

It turns out that auroras are not just one of the natural wonders of our world — but a marvel on many other worlds, too. 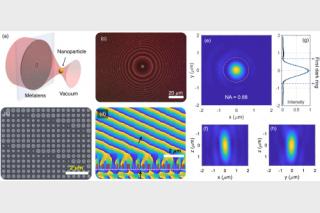 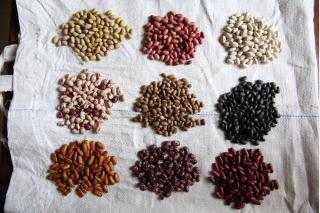 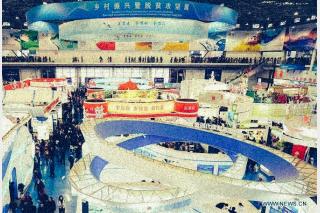 Explainer: How auroras light up the sky